That which has been is what will be, that which is done is what will be done, and there is nothing new under the sun. ~ Ecclesiastes 1:9
You are here: Home / About Us / The Ancient Paths

It is out of the conviction that the ancient paths are of paramount importance to the education of our children that Nothing New Press was begun. What do we mean when we say our curriculum honors the ancient paths? We are using the term in the same way as the prophet Jeremiah: 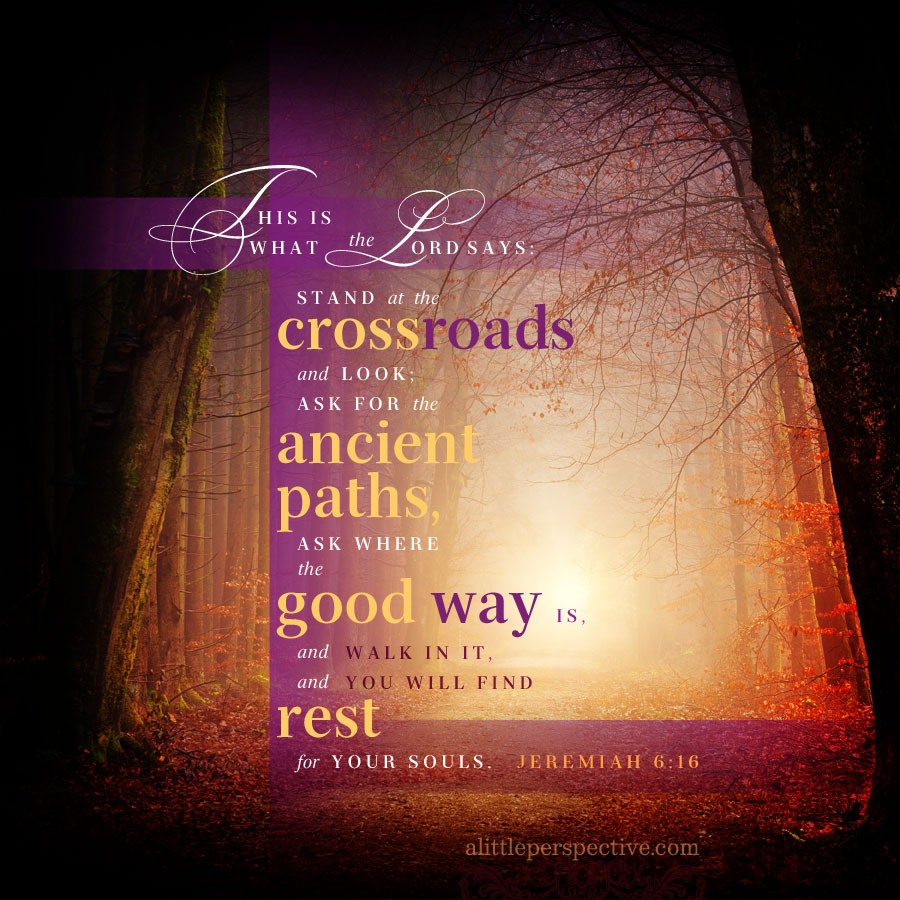 The admonition of the Lord to His nation was to ask for the old, or ancient, paths; the old or ancient way of walking. However, we find that they did not:

“Because My people have forgotten Me,
They have burned incense to worthless idols.
And they have caused themselves to stumble in their ways,
From the ancient paths,
To walk in pathways and not on a highway,
To make their land desolate and a perpetual hissing;
Everyone who passes by it will be astonished
And shake his head.” Jeremiah 18:15-16

I realized one day while reading in Jeremiah that in the United States of America, we are a people who are in danger of forgetting God. We as a people have burned incense to worthless idols. Aren’t we a country where the creature is worshiped instead of the Creator? (Rom 1:20-23.) I was at the Denver Museum of Natural History with my family some years back, and there was a traveling display there at that time of an artist’s paintings of fossils of all kinds. But one painting struck me in particular: it was of a fish fossil, and underneath it were hands raised in adoration. The caption was: Fish Worship. I am not making this up.

(I have found the artist, and this currently available print is similar, but not exactly the same as the one I saw. The one I saw was of a fossil skeleton, not the live fish. The caption under the picture was “Fish Worship” without the additional “Is it wrong?” line.)

I realized then that evolution is a religion, the anti-God religion of death, and an enemy of the everlasting gospel. As a people, we have removed every trace of God and His word from our society and public life, and in so doing, have caused ourselves to stumble in our ways, to leave the ancient paths laid out for us by God. Our family is trying to rediscover God’s ways and walk in the highway of the ancient paths once again. Won’t you join us?