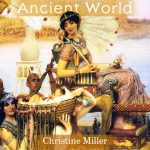 The Story of the Ancient World
From the creation of the world through the fall of the Persian empire in 331 BC, this engaging narrative tells the story of the great ancient civilizations of the Sumerians, Hebrews, Egyptians, Phoenicians, Assyrians, Babylonians, and Persians, woven in and out of the Old Testament history. 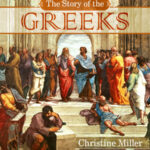 The Story of the Greeks
From the first inhabitants of Greece through its assimilation as a Roman province in 196 BC, this engaging narrative relates the history of Greece’s notable leaders, philosophers, and poets; we meet the good and the just; the wicked and proud; and the events that shaped them. 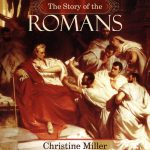 The Story of the Romans
From the first settlers of Italy through the end of the Empire of the West in AD 476, The Story of the Romans retells as an engaging narrative the history of Ancient Rome and the stories of its famous leaders and citizens. In 106 lessons, we learn of the legend of Aeneas, Romulus and Remus, the seven kings of Rome, the rise of the Roman Republic, the Punic Wars, Caesar’s conquests,

img All Through the Ages

img The Law of Love