That which has been is what will be, that which is done is what will be done, and there is nothing new under the sun. ~ Ecclesiastes 1:9
You are here: Home / Books / Guerber’s Histories / Renaissance & Reformation 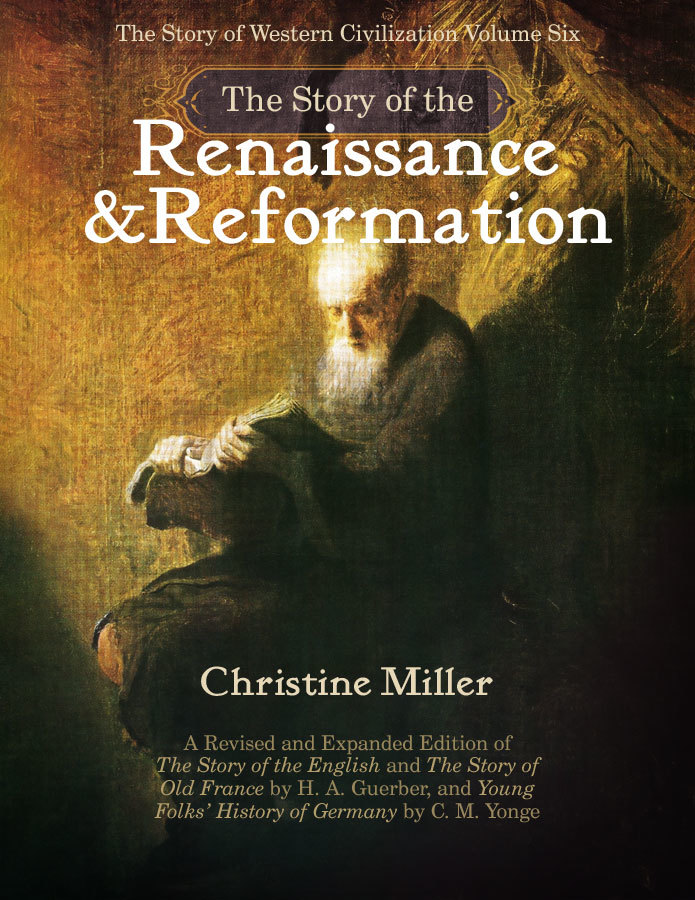 The Story of the Renaissance and Reformation focuses on the pivotal events of 15th and 16th century Europe, and picks up the narrative history where The Story of the Middle Ages leaves off. As the story of Renaissance Europe was never told in a single volume of Guerber’s histories, but rather piecemeal throughout several volumes, Christine Miller has taken those portions of The Story of Old France and The Story of the English by H. A. Guerber which do tell the story of the Renaissance and Reformation, and has woven them together into a single, seamless narrative, carefully preserving Guerber’s own style. Other sources for additional material include Charlotte Yonge’s A Young Folk’s History of Germany, The Story of the Christians and Moors of Spain, and Frederic Seebohm’s The Era of the Protestant Revolution, among others (an extensive bibliography of sources is included). Where necessary, the chapters authored by C. M. Yonge and F. Seebohm have been re-written in Guerber’s unique style to preserve the continuity and consistency of the narrative throughout.As with the other Guerber histories republished by Nothing New Press, The Story of the Renaissance and Reformation is illustrated throughout with famous paintings of its historical subjects, and photographs of the places it describes. Not only are maps present in the beginning of the book, but throughout the text as well, which greatly aids in making the narrative more clear. And as with the other Guerber histories, the pronunciation of personal and place names are carefully marked in the text upon their first occurrence. A complete timeline of the events and persons mentioned in the text, a comprehensive Recommended Reading list keyed to the chapters, and a thorough bibliography and index rounds out the book. 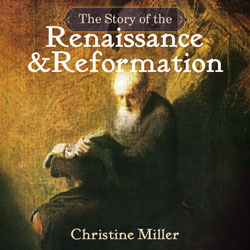 Back to School and Revisionist History
A new school year is beginning, and like clockwork, the revisionist history plans for the public...
The History of the Bible in English
Christine has been writing a series over at A Little Perspective on the history of our English...
Hendrick Willem Van Loon on History for Children
This is why we teach history, first of all, instead of modern social studies, and why we teach it...