That which has been is what will be, that which is done is what will be done, and there is nothing new under the sun. ~ Ecclesiastes 1:9
You are here: Home / Books / Guerber’s Histories / Romans 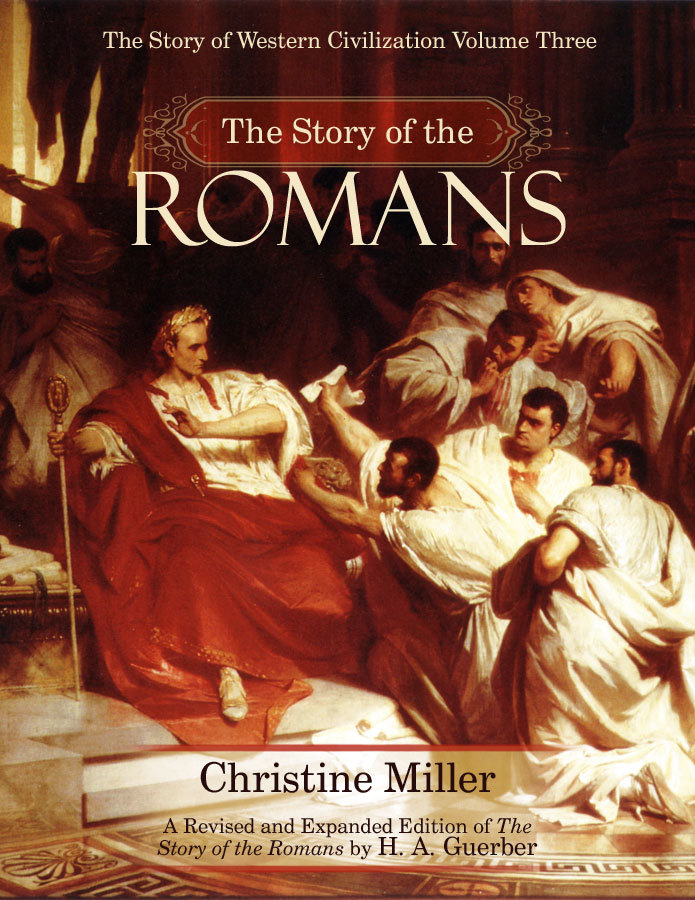 From the first settlers of Italy through the end of the Empire of the West in AD 476, The Story of the Romans retells as an engaging narrative the history of Ancient Rome and the stories of its famous leaders and citizens. In 106 lessons, we learn of the legend of Aeneas, Romulus and Remus, the seven kings of Rome, the rise of the Roman Republic, the Punic Wars, Caesar’s conquests, the Roman Empire, the Christianization of the Empire, and much more. We meet the good and the just; the wicked and proud: Tarquinius Superbus, Horatius, Coriolanus, Cincinnatus, Tiberius and Caius Gracchus, Archimedes, Cicero, Nero, and Constantine, to name just a few.

Miss Guerber relates in her preface her intention for The Story of the Romans. She writes, “The aim is not only to instruct, but to interest, school children, and to enable them, as it were in play, to gain a fair idea of the people and city of which they will hear so much. This book is also planned to serve as a general introduction to the study of Latin, which most pupils begin before they have had time to study history. With little, if any, knowledge of the people who spoke the language they are learning, children cannot be expected to take so lively an interest in the study as they would if they knew more.” 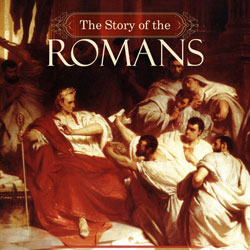 The Story of the Romans eBook
From the first settlers of Italy through the end of the Empire of the West in AD 476. (E-BOOK) (e-Book requires the free Adobe Reader.)
Price: $14.95

In keeping with the other editions of Guerber’s histories available from Nothing New Press, the accurate history on the first settlers of Italy, previously only available in the Publisher’s Preface of Romans, has now been integrated into the first chapters. New chapters on the Roman Religion, on Herod the Great and the birth of Jesus Christ during the Augustan era, on the emperor Vespasian, and the siege of Jerusalem and the Destruction of the Temple have been integrated with the existing narrative, and surrounding chapters juggled where necessary to accommodate the new material in a smooth and unbroken style. In addition, new material has been added to existing chapters expanding the growth of the Christian church and the persecutions she suffered, and the Judeo-Roman war of 135 AD, during the reign of Hadrian, which resulted in the final expulsion of the Jews from their homeland. Additionally many smaller clarifications and corrections have been made throughout the text. Along with the new and expanded chapters, many more illustrations have been added, current illustrations were upgraded if possible, and the beautiful new cover added.

Our website is repaired and working
Our website is repaired and working. Our hosting company was updating security on our website that...
Back to School and Revisionist History
A new school year is beginning, and like clockwork, the revisionist history plans for the public...
The History of the Bible in English
Christine has been writing a series over at A Little Perspective on the history of our English...