That which has been is what will be, that which is done is what will be done, and there is nothing new under the sun. ~ Ecclesiastes 1:9
You are here: Home / Books / Guerber’s Histories / Thirteen Colonies
Spread the love 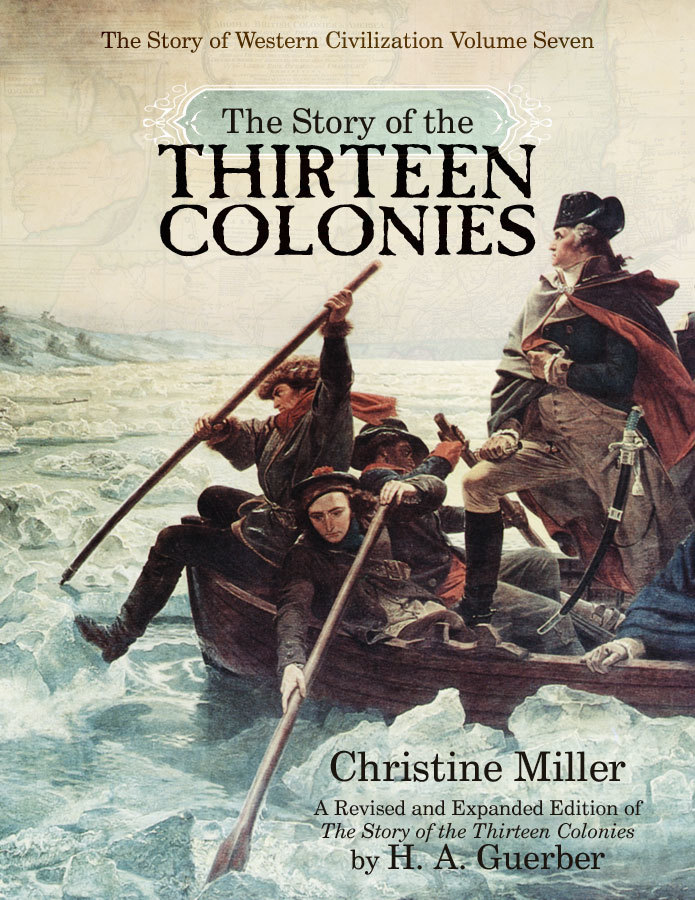 From the first inhabitants of North America through the end of the American War of Independence in 1783, The Story of the Thirteen Colonies retells as an engaging narrative the history of the discovery, exploration, and settlement of North America, the founding and growth of thirteen English colonies along the Atlantic seaboard, the Colonial Wars between the French, English, and Indians; and the causes, events, and conclusion of the American War of Independence. In 84 lessons and 242 pages, we meet the Native Americans; the daring Spanish and French conquistadors, explorers, and missionaries; Dutch colonizers; English Separatists, Puritans, and settlers; and our courageous American heroes and statesmen. We meet the brave and the wise; the foolish and the proud: Christopher Columbus, Sir Francis Drake, Father Hennepin, Captain John Smith, William Bradford, Cotton Mather, William Penn, Benjamin Franklin, George Washington, and Benedict Arnold, to name just a few.In her preface, Miss Guerber writes, “The aim has been not only to interest children in the great men of their own country, but to stimulate them to the cultivation of the lofty virtues of which they read, and to instill within their hearts a deep love for their native land. All the main facts in our early history have been given as simply and vividly as possible, and the lessons of patriotism, truthfulness, courage, patience, honesty, and industry taught by the lives of our principal heroes are carefully enforced. Great pains have also been taken to relate all the well-known anecdotes and quote the famous speeches which are so frequently alluded to in our current literature.” Like the other histories by H. A. Guerber that Nothing New Press has republished, The Story of the Thirteen Colonies includes additional maps, a comprehensive timeline of events and people encountered in the story, as an aid for testing retention, memory work, and to help children in constructing their own history timelines. The Bibliography lists the references used to construct the timeline, as well as the historical information included in the Publisher’s Preface. The Recommended Reading list which follows the timeline coordinates the corresponding chapters in Thirteen Colonies with wonderful “living books”: non-fiction, biographies, literature, and historical fiction. 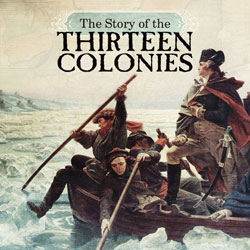 The Story of the Thirteen Colonies
From the first inhabitants of North America through the end of the American War of Independence in 1783. (PRINTED BOOK)
Price: $26.95

The Story of the Thirteen Colonies eBook
From the first inhabitants of North America through the end of the American War of Independence in 1783. (E-BOOK) (e-Book requires the free Adobe Reader.)
Price: $16.95
Price: $13.56