That which has been is what will be, that which is done is what will be done, and there is nothing new under the sun. ~ Ecclesiastes 1:9
You are here: Home / Books / Guerber’s Histories / Ancient World
Spread the love 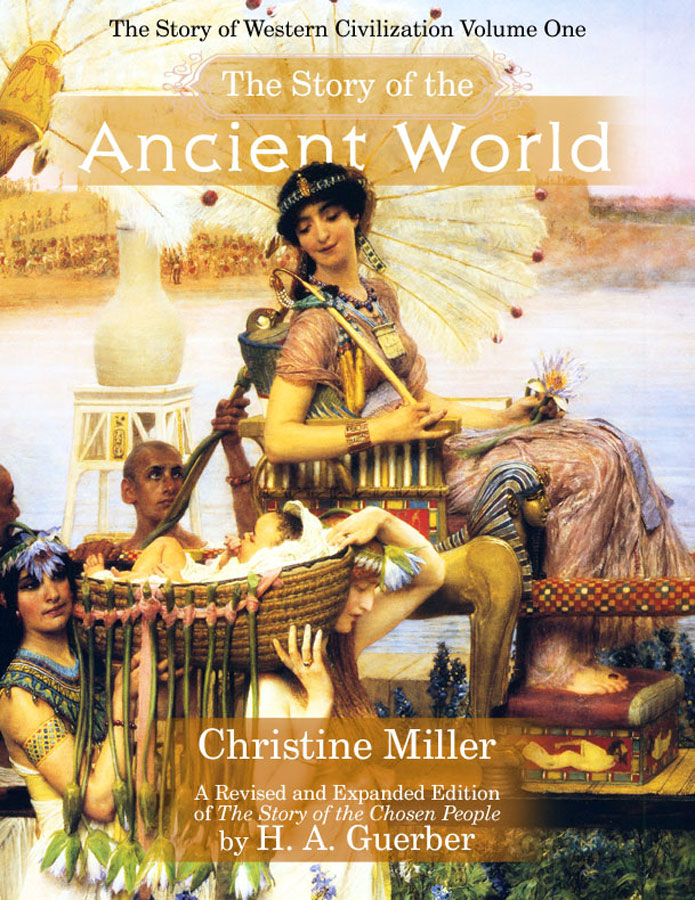 From the creation of the world through the fall of the Persian empire at the hands of Alexander the Great in 331 BC, The Story of the Ancient World retells as an engaging narrative the history of mankind’s beginning, the rise of the nations, and the story of the great ancient civilizations of the Sumerians, the Hebrews, the Egyptians, the Phoenicians, the Assyrians, the Babylonians, and the Persians. Old Testament history is taken as authoritative, and the history of the other great ancient civilizations is also told, woven in and out of the Old Testament story at the proper places in the narrative. As the story of the entire ancient world was never completely told in a single volume of Guerber’s histories, Christine Miller has taken Guerber’s The Story of the Chosen People and has included chapters relating the history of the Sumerians, Egyptians, Phoenicians, Assyrians, Babylonians, and Persians, and has woven them all together into a single, seamless narrative, carefully preserving Guerber’s own style. An extensive bibliography of sources is included.As with the other Guerber histories published by Nothing New Press, The Story of the Ancient World is illustrated throughout with famous paintings of its historical subjects, and photographs of the places it describes. Not only are maps present in the beginning of the book, but throughout the text as well, which greatly aid in making the narrative more clear. And as with the other Guerber histories, the pronunciation of personal and place names are carefully marked in the text upon their first occurrence. A complete timeline of the events and persons mentioned in the text, a comprehensive Recommended Reading list keyed to the chapters, and a thorough bibliography and index rounds out the book.

The Story of the Ancient World
From the creation of the world through the fall of the Persian empire at the hands of Alexander the Great in 331 BC. (PRINTED BOOK)
Price: $28.95

The Story of the Ancient World eBook
From the creation of the world through the fall of the Persian empire at the hands of Alexander the Great in 331 BC. (E-BOOK) (e-Book requires the free Adobe Reader.)
Price: $18.95
Price: $15.16

2020 Homeschooling Readers Award
We have been awarded second place for 2020 in the Practical Homeschooling magazine Readers Award...
Stephen Decatur, naval war hero
"Our country! In her intercourse with foreign nations may she always be in the right, but our...
Abigail Adams, founding mother
“Learning is not attained by chance; it must be sought for with ardor and...
The sweep of the Middle Ages
The Middle Ages covers a thousand-year sweep, when the principles of Christianity so informed...